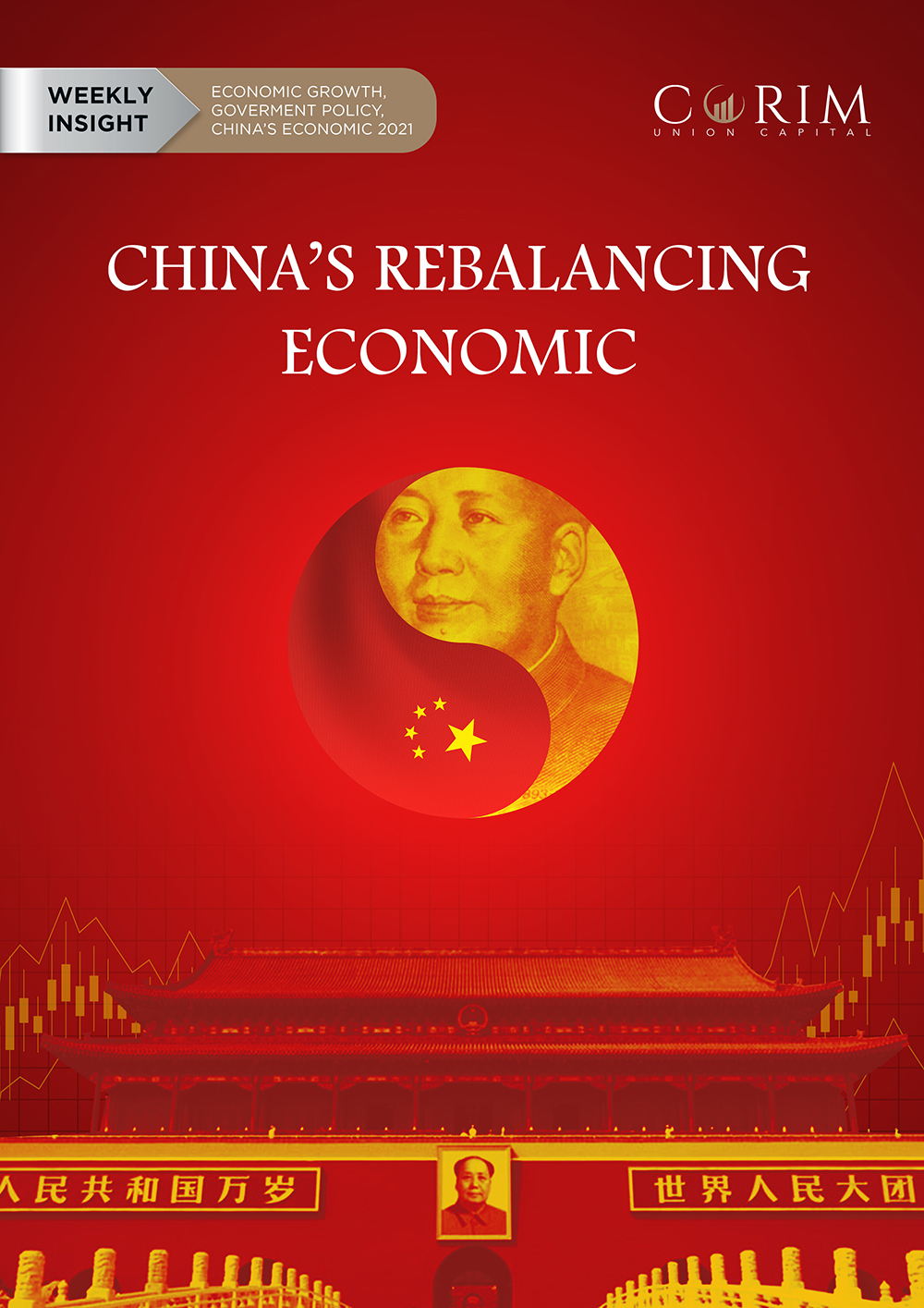 The economic recovery is taking place and provides a basis for optimism, China, as the country with the second largest economy in the world, in Q1 2021, growth was 18.3% at 24.93T (yoy). The China's economy is predicted to become the number 1 economy in the world by 2035. China is currently rebalancing the economy, therefore Indonesia needs to anticipate this. Economic rebalancing in China changes the structure of the economy from (driven by investment) to (driven by consumption or innovation or consumption driven). The goal is to generate sustainable growth and balance between external portions as investment and internal or public consumption of GDP.

Badan Pusat Statistik announced total Exports of Indonesia amounting to US$ 18.48 billion in April 2021. While its imports are worth US$ 16.29 billion. China is at the top of the order of export and import destination countries of the country. China's total contribution to export performance was 22.40% or equivalent to US$ 3.93 billion. In the next order there is the United States (US) with a share of 11.60% or US$ 2.03 billion, followed by Japan with a share of 7.55% or US $ 1.32 billion

So far, China has contributed nearly 50 percent of the investment to GDP. They realize this can't be done continuously, so eventually they improve the welfare of the community, because the portion of public consumption is small during this time.

Reducing investment can help reduce overcapacity in sensitive sectors such as steel and aluminum, thereby reducing trade tensions with the United States.

Global problems such as geopolitical tendencies which then adopt protectionism (the domestic economy must be protected by the government from foreign competition). Influencing commodity price fluctuations. Geopolitical tensions in global trade. Negative impact on the entire world economy.

China's economic condition improved as China's exports continued to surge in May, albeit at a slower pace than the previous month, driven by strong global demand as more economies around the world opened up. Overseas demand for Chinese goods remains strong as economies from the UK to the US emerge from months of lockdown, fueling consumer spending. The rebound in the economy's pace from industrial output and exports was strong as the pandemic triggered demand for Chinese-made medical goods and electronic devices. On the other hand, consumer spending in China that had been left behind began to show signs of recovery in the first quarter of 2021. China's economic recovery rate is slightly more balanced than previously expected as property and infrastructure investment will slow in the next few quarters when monetary and fiscal policy begins to normalize.

THE IMPACT OF CHINA’S ECONOMY ON INDONESIA

China's rebalancing process will carry risks in the short term, but will generate potential or opportunities, especially for Indonesia in the medium-long term. In the short term, as is the case in other countries with faster tapering, that rebalancing process will have an impact on the financial sector. Not only China, countries like America in the near future will reduce stimulus and liquidity intervention as the economy recovers in their respective countries. The impact of rebalancing in China will affect commodity price fluctuations. It also has a negative impact on the entire world economy.

The risk of rebalancing from China comes from domestic consumption that will make commodity prices adjust. Moreover, with the ongoing trade war between the United StatesChina, China will reduce its export dependence, Indonesia which is China's trading partner for the export of raw material products for industrial needs will be forced to adjust the type of products sold. China may need more finished goods or consumer goods, for that is anticipated with the increase in the added value of manufacturing products exported by Indonesia to China. Commodity portions need to be reduced immediately by switching to the export of finished food and beverage products, apparel, furniture and footwear. In line with that, he also advised the government to diversify the export market to countries other than China, in anticipation of an uneven rebalancing process

GOVERNMENT POLICY IN THE FACE OF CHINA’S REBALANCING ECONOMIC

Finance Minister Sri Mulyani stated that Indonesia needs to anticipate the sustainability of the rebalancing process in China, especially the economy of China, which is the second largest economy in the world. Rebalancing the economy will affect the price of commodities and have a negative impact on all the world's economy, one of which is Indonesia.

Rebalancing conditions are anticipated with the increase in the added value of manufacture products exported by Indonesia to China. Former World Bank Official Ibu Sri Mulyani said the main step to anticipate the risk of rebalancing that will be carried out by China by ensuring the handling of pandemics and the implementation of vaccinations can run effectively and restore the economy to run relatively quickly. In addition, in terms of government policy must immediately conduct structural reformation to build a competitive foundation and increased productivity.

Structural reforms are carried out in anticipation of future external turmoil, this can be prevented by building a perekomian Indonesia. Special staff of the Minister of Finance for Fiscal and Macroeconomic Policy Masyita Crystallin stated that structural reforms are needed in order to change indonesia's economic fundamentals so that the demand side and supply side increase and the economy can grow above potential.

Structural reform is not only in the scope of the economic sector, but must be viewed from the human capital perspective. Structural reform in terms of human capital is very important because it covers the fields of education, health and social protection. The government's role in structural reform of education and health is very important, because these two functions have been delegated to the regions and the budget for both is quite significant, while reforms in the social protection function are needed so that the use of data is more accurate with the use of artificial intelligence and the digital economy. Structural reforms had a long-term impact on the economy. This policy is expected to affect the potential output and allocation of economic resources. Structural reform policies have a broad scope including eliminating price controls, reforming taxation, increasing the competitiveness of state-owned enterprises, improving the education and training system, building large-scale infrastructure, promoting competition, reducing labor costs, reducing trade and investment barriers, improving bureaucracy and regulations. , strengthen the financial system. So it can be concluded that these structural reforms can overcome barriers to the production of goods and services, helping to increase productivity, investment and employment.