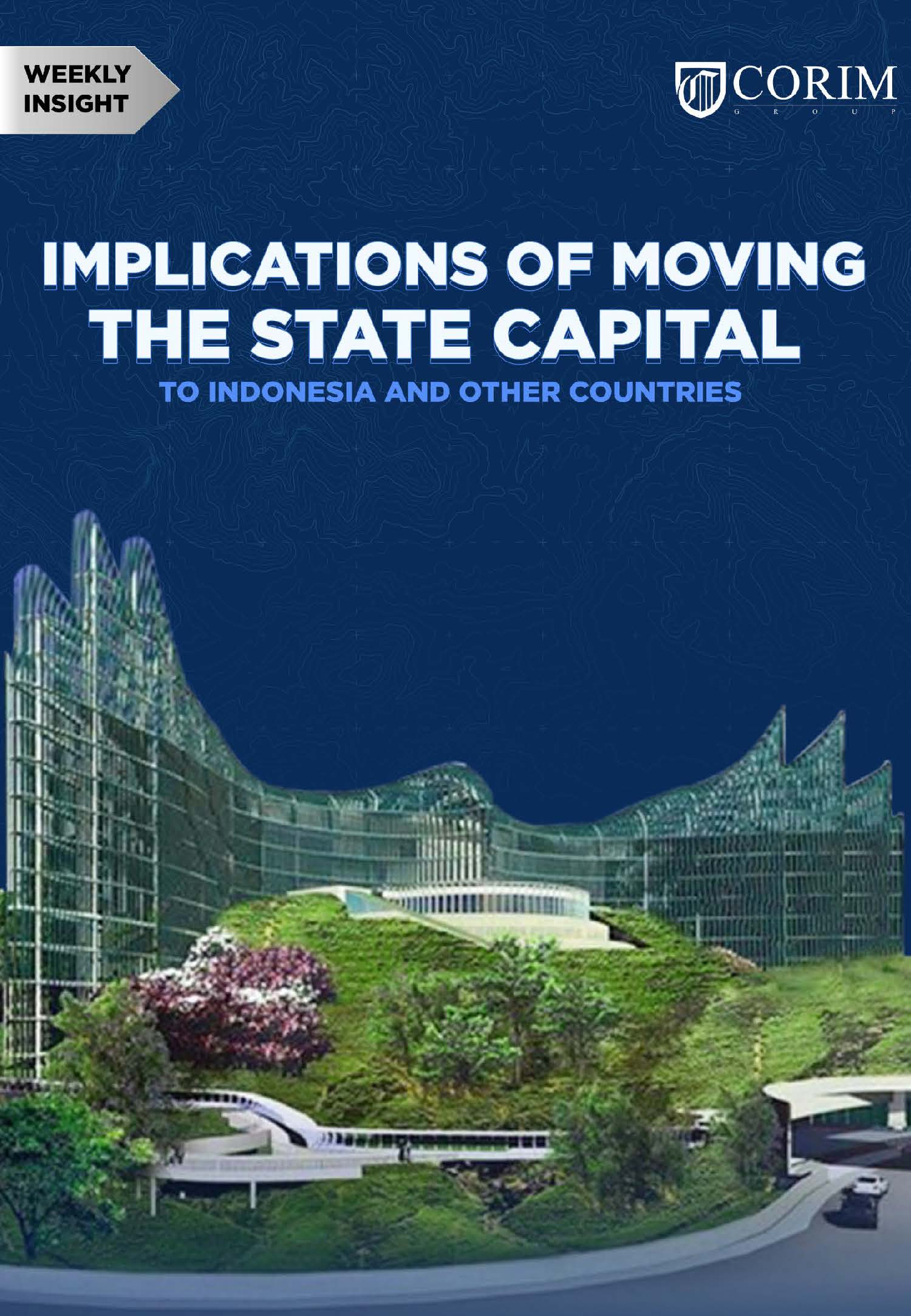 IMPLICATIONS OF MOVING THE STATE CAPITAL TO INDONESIA AND OTHER COUNTRIES

On August 26, 2019, President Joko Widodo submitted a plan to relocate the State Capital (IKN) from Jakarta to East Kalimantan. Before the plan is realized, it is certain that the government will take the first step, namely the National Development Planning Agency (Bappenas) has conducted a number of studies, the factors considered are the economy, regional readiness and the possibility of developing industrial estates.

The government's reason for moving the state capital out of Java is economic equity, equitable development and the growth of new economic centers, in addition to the reasons above because the capacity and carrying capacity on the island of Java continues to decrease.

While examples of other countries that can be said to have failed in relocating their capital cities include Myanmar, Tanzania, and Malaysia. These countries can be said to have failed because the first reason is that some government offices are still in the old capital which causes the population in the new capital to be relatively quiet, the second reason is family reasons, many ASN are reluctant to be moved to the new capital because they are not wanted to leave his family.

As a first step to the need for a new Capital Legal Basis, Chairman of the Special Committee (Pansus) for the Draft Law on the National Capital City (RUU IKN) Ahmad Doli Kurnia Tandjung said that the IKN Bill which had been agreed to become the IKN Law was a necessary legal certainty in implementation of the relocation of the new state capital later. (www.dpr.go.id)

The IKN bill that has been agreed upon is considered by the East Kalimantan Community Coalition to violate existing procedures, so that the IKN bill is flawed. There are several reasons that the IKN Bill is considered to be procedurally flawed, one of which is that the preparation of the IKN Bill was carried out in a closed, limited manner and did not involve the community which had a direct impact on the relocation of the capital city. In accordance with Article 96 of Law 12/2011 concerning the Establishment of Legislation, that the public has the right to provide input orally and/or in writing in the Formation of Legislation.

The implication of moving the new capital city is that it has a direct impact on the economy of a region. Below is a table of economic growth in Indonesia.

In accordance with the data above, it can be seen that the distribution of the economy in Indonesia is still uneven. In which the island of Java still has a higher percentage of economic growth than the islands outside Java. Inequality between Java and outside Java occurs in many aspects, including the population aspect, which in Java reaches 56.56% of the total population of Indonesia.

Meanwhile, economists in Indonesia consider that the relocation of the new capital city will not have a significant impact on economic growth. One of the economists, Rizal Taufikurahman from the Institute for Development of Economics and Finance (INDEF) said that national economic growth only grew 0.001%. The relocation of the new capital city only had an impact on the GDP of Central Kalimantan by 1.77% and West Kalimantan by 0.01%. (cnnindonesia.com)

Below are the risks that are assessed to arise in the implementation of the relocation of the new capital city, according to the Economic Observer from the Institute for Development of Economics and Finance (INDEF), Bima Yudhistira, who said, among others: (liputan6.com)

The government has established the IKN Bill as the legal basis for the implementation of the relocation of the new capital city. In determining a bill, there are certain parties who feel that their rights have not been fulfilled, in this case the East Kalimantan Community Coalition feels that the IKN bill is procedurally flawed. In accordance with Law 12/2011 concerning the Formation of Legislations, the public has the right to participate in the formation of laws.

The reason for moving the new capital city is definitely centered on economic growth so that it is more equitable. To make this plan a success, the government must be serious in formulating a national economic equity plan, for example using Indonesian workers instead of foreigners.

In addition, in terms of foreign investment by investors, it is also necessary to have economic openness, a clearer system of government and regulations. Moreover, if the new capital city has moved, it will result in foreign investors to invest in Indonesia.